Cipes marveled at the opportunity to write in the scroll. “I had my hand over the scribe’s hand, and he did the actual inking,” he said. “It was a wonderful thing.”

Hecht said “we were honored that the Cipes boys—Matthew, Gabe, Ezra and Ari—were all able to join in and have their letter in the Torah as well. This was a once-in-a-lifetime opportunity, and they are happy that their father was the conduit for this great gift.”


Once the last letter in the scroll was written, it was rolled up, and Ari Cipes lifted the completed Torah. Attendees marched along and the band playing a joyous tune, carried under a wedding canopy—a chuppah—across the street to the Chabad center.

There the festivities continued late into the night as Hecht honored 13 men in the community who had bought a pair of tefillin (phylacteries) since Hecht arrived in Kelowna. Each of the men received a blue tallit bag with their names inscribed in Hebrew on the outside.

So what will a permanent Torah at the Chabad center mean?

For one thing, the community gets to celebrate Simchat Torah this year with its very own Torah.

Also, “the fact that we have our own Torah means that we have a real shul [synagogue] going,” said the rabbi. “We still have the same number of Jews and we don’t have minyan every week, but it does make us a shul.”

But most importantly, “the Torah is the heart of the Jewish community, and having our own will help us grow stronger and thrive as a community, and as a Torah education and outreach center.” 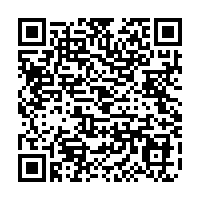