IDF soldiers and Shin Bet intelligence agents operated together to track down and arrest seven terror suspects in the wee hours of Wednesday morning.

The suspects were captured in various locations around Judea and Samaria.

They are charged with terrorist activities and violence against civilians and security forces.

In addition, forces from the IDF Etzion Regional Brigade confiscated thousands of shekels during the night. The raid was aimed at seizing funds that were earmarked for terrorist operations. 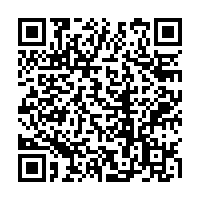