(JNi.media) In light of the unprecedented wave of Arab sporadic terrorist attacks, on Tuesday night Israeli social networks have begun to point out a number of municipalities and local communities, almost all in Judea and Samaria, who have decided to bar the entry of Arabs, including Arab workers. This includes the town of Efrat, where reports say there have been much internal discussions over the decision. For now Arabs will be stopped and turned around for the next two days at the entrance to Efrat.

Moshe Margaliot tweeted Tuesday that all the Gush Etzion settlements are now enforcing the ban on Arab workers until further notice. Eli Sclesinger tweeted that the municipality of Beitar Illit is barring the entry of Arab workers, also until further notice. Moish Goldberg tweeted that Na’ale, a communal Israeli settlement located near Modi’in, also told its Arab employees to stay home.

Also on Tuesday, IDF Major Elitzur Trabelsi, head of the Samaria Territorial Defense Battalion, issued an order barring entry of Arab workers in all the Jewish towns and villages under his control, “in light of the sensitive situation.”

There are two versions of Major Trabelsi’s letter, one which ends the ban on October 14, the other October 18. In both versions, the affected settlements are: Bracha, Rehelim, Nofei Nehemia, Migdalim, Shavei Shomron, and Kdumim.

Contractors who would defy the order and let their Arab workers in will be punished according to the Martial Law which has been in effect in Judea and Samaria since 1967.

The Arab terrorist in Tuesday’s attack in Geula worked for the Bezeq phone company as a technician. The female terrorist from the Afula bus station previously worked in a Kibbutz high school up north. 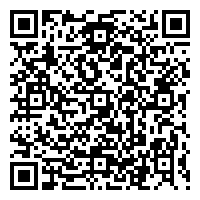