An Arab opened fire on cars driving on Road 55, between Karnei Shomron and Azoun in the Shomron, just after 1 PM on Thursday.


The army found bullet shells on the ground in the area where an IDF lookout saw the shooter.

The IDF is searching for the terrorist.

As of this report, Road 55 has been reopened for Israeli traffic only, after being shut down in both directions.

The alert level has been raised in nearby Maale Shomron. 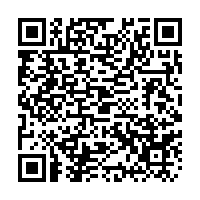