Heavy snow closed the Hermon ski slopes and roads in the Golan Heights Friday morning, while residents in the coastal city of Nahariya, near the Lebanese border, are coping with floods that have made some roads impassable.

More than five inches of rain fell in Nahariya in the past 24 hours, and Netanya, between Haifa and Tel Aviv, has joined the growing club of communities that have received their annual average yearly amount of precipitation.


The Kinneret added another inch but still is 12 feet away from the level at which a dam would have to be opened to prevent flooding, which has not happened since the fierce winter in 1991-1992.

Kinneret watchers are counting on this week’s storm to raise the level significantly once mountain streams flow into the lake.

The storm literally divided the country, with the south remaining dry but cold under partly cloudy skies while the north is drenched.

The storm will reach its peak today and weaken on Shabbat.

Occasional rain may linger around on Sunday and Monday, followed by warm temperatures.

Weather models show that another storm system, with snow, may make its way to Israel by next Shabbat. 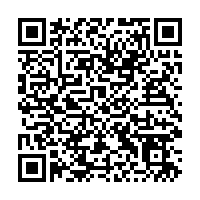