Snow will begin to fall on Thursday evening, and Israelis in Jerusalem and even on the hills of Carmel overlooking Haifa will see a winter wonderland Friday morning.

Up to a foot may fall on Jerusalem, Gush Etzion and Hebron.


The unusually late snowstorm will be accompanied by high winds and freezing temperatures that will bring snow to areas as low as 200 meters (1,000 feet), which includes Karnei-Ginot Shomron in Samaria, Nazareth, Upper Haifa, Modi’in and Arad and possibly even on Ben Gurion Airport and as far south as Be’er Sheva in the Negev Desert.

Rain will fall Thursday morning and turn to snow by evening and continue through the night. Snow will be occasional on Friday and will resume at higher levels at night and Saturday morning before ending.

The storm will bring approximately 4 inches of precipitation to the Hermon and higher hills in northern Israel. Using the usual equation that one inch of rain equals 10 inches of snow, accumulations will reach three feet on the upper slopes of the Hermon.

At least 2 inches of rain is expected to fall on the Sea of Galilee (Kinneret), which along with run-off from mountain streams next week will raise the level of the lake significantly.

Even the Jordan Valley will be blessed with an unusually large amount of rain, possibly more than in inch, and half an inch will fall in the Arava, north of Eilat.

As usual, the snow will not stay on the ground for long. The thermometer will rise on Sunday and by Monday, it will be pleasant and warmer than usual, with lots of slush.

However, winter can’t be over because Purim is two weeks away. The holiday usually is wet. 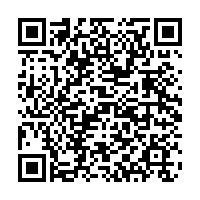