There is a roiling controversy over the abrupt disinvitation of a famed pro-Israel feminist leader from a United Jewish Appeal-Federation event in New York. That controversy can only be cleared up if and when the New York UJA, which issued both the original invitation and peremptory disinvite, takes its next step.

Back in mid-December, the New York UJA informed Dr. Phyllis Chesler that she would be honored with an award for her lifetime of achievement on behalf of women’s rights, and would appear on a panel along with other activist women at an event titled “Heart Matters – At the Heart of Israel and Women’s Rights” in New York on March 28, 2017.

Chesler is the American Jewish feminist treasure who has been at the forefront of every major social movement at the nexus of feminism and Judaism – and several others, besides – over the past four decades.

A leader of the second wave of feminism, Chesler holds a PhD in psychology and a B.A. in literature; she is the author of 16 books and hundreds of articles.  Her work has been translated into Japanese, Chinese, Hebrew, Korean and most European languages.

Chesler founded one of the first Women’s Studies Centers and one of the first rape counseling centers. She was ahead of the curve exploring and explaining issues that later became the mainstays of the feminist movement: pornography, prostitution, surrogacy, custody, honor violence and murder, economic disparity, and Islamic religious and gender apartheid. And she was an early and ardent activist in the American civil rights movement.

Chesler also was at the forefront of recognizing and calling out both the growing colonization of feminism by anti-Semitism as well as strands of sexism in Judaism. She flinched from none of the implications, seeking instead to expand others’ understanding of what she witnessed from her front row seat.

But although Chesler’s oeuvre has warranted awards and accolades in the past, there has been a distinct change in her cohort’s response to her and her work over the past dozen years. The change coincided with, and was in response to, Chesler’s very public denunciation of anti-Semitism that she began seeing in those progressive movements in which she long played a leadership role.

Chesler’s punishment for refusing to keep silent about the anti-Semitism she witnessed has had a devastating impact on her life and ability to work.

In addition to being labeled by former colleagues as a “Zionist *$%@^,” Chesler explains she was “purged from a Left-feminist listserv group.”Her work was no longer included in anthologies of the movements she previously led, nor was she asked to participate in the public discussions of work she had pioneered.

Two of the most dramatic instances of that punishment included being disinvited from the types of events at which she had previously been a leading and constant participant.

• In 2003, Chesler was invited and then disinvited from speaking at an Anti-Defamation League about her then-new book The New Anti-Semitism.

• In 2006, Chesler was first invited then disinvited from speaking at the 10th Anniversary of the Women’s Studies Program at Cambridge University. She was told that Cambridge would invite her to speak at a different event, separately, but she never heard another word about speaking there.

And now, just two weeks before the March 28th UJA Heart Matters event, after innumerable conference calls about the format and after the invitations had already gone out, Chesler was told that she would neither receive her award or speak at the event. It must have felt like a sucker punch to the gut.

Chesler explained in an article about that gut-punch that she was told the award itself wasn’t being revoked – Federation could mail it to her or even give it to her privately, in person. So, we must ask: When a person is honored but that honor happens in private, is it still an honor?

And, in what must have felt like a PTSD flashback to the Cambridge University disinvite, Chesler was told that the UJA wanted to have her come speak separately to an audience, but a week later nothing has been done to make that happen. No one from UJA has spoken to Chesler about dates or topics.

What happened in the week between the final conference call to discuss the event and Chesler’s disinvite? Chesler noted that in that time period several articles written by Chesler or quoting her were published in which she was critical of anti-Israel actions or statements taken by or in the name of American Jewish leftists.

In response, Chesler did what she always does: she wrote about the disinvite. In doing so, she seemed to further anger the bear which then seemed to withdraw the purportedly offered honey – the offer to speak alone at a later date.

Adrienne Rubin-Prince a UJA fundraising manager and the woman who had both originally discussed the Heart Matters event with Chesler and who had led many of the UJA conference calls about the event told the JewishPress.com that the disinvitation had “nothing to do with ideology,” and that the UJA “offered to honor” Chesler at a later date. Rubin-Prince explained that “we are in the process” of arranging a new event for Chesler.

After news of the inglorious disinvitation and disbelief at the treatment of the Jewish Feminist begin to spread, the CEO of the UJA Federation of New York, Eric Goldstein, called Chesler on March 16th and offered an abject apology for the way the incident was handled.

Goldstein assured Chesler that the UJA’s Mark Medin would be in touch with her to set up the event featuring her alone.

Chesler has not heard from Medin.

So was Chesler’s disinvitation a snub, another iteration of punishment for truth-telling? Or was the disaggregation of the March 28th event merely a clumsy lapse of professionalism?

All eyes on the UJA Federation of New York for the next move. 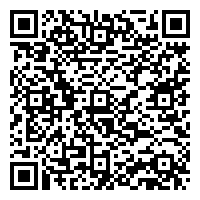