The trip last week where Israeli Jewish children from Caesarea were made to bow in prayer during a school trip to a mosque in an Arab town just north of their city was arranged by an organization that receives its funding from the New Israel Fund, Channel 20 TV revealed on Tuesday.

Channel 20 also revealed that four Orthodox Jewish children who participated in the school trip went hungry the entire day because the only food available had been prepared by local Muslim parents and no kosher food was available.

The Likud party, Bennett’s rival, did not miss the opportunity to rebuke the National Religious minister for his apparent penchant for multiculturalism, suggesting he should stop making baseless accusations against how the 2014 Gaza war was run and focus on trying to make sure Jewish schoolchildren not start praying in mosques.

The Efshar Aheret’s pitch on its website reads: “Try to imagine Jewish and Arab children growing up together in a relationship of love and friendship. Studying, investigating, singing and playing in an atmosphere of mutual esteem and respect. A New Way transforms this vision into a daily reality, and enables an ongoing dialogue based on multicultural equality in Israel.”

The NGO’s secretary-general Dr. Tikva Bracha said in a statement that the prayer incident was the result of a misunderstanding: “As part of the visit, the children of Jisr az-Zarqa demonstrated their prayer ceremony and the Caesarea kids joined them, of course with no instruction on the part of the Imam or the numerous guides that accompanied the event. Because of a moment’s misunderstanding, the Jewish students joined the demonstration and some of them bowed on the rug.”

So far, the Education Ministry’s official response has been that they have confidence in their school administrators’ judgement in offering enrichment programs to their students, and, besides, the Caesarea administrator has already apologized to the parents and promised nothing like that would happen in the future.

Perhaps now would be the time for Minister Bennett to get involved. 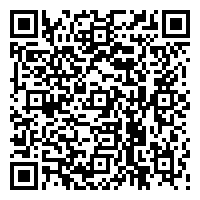