3,291 residents of the Gaza Strip did not return back to the Strip after the entry permit issued to them by the IDF expired, data obtained by the Im Tirzu Zionist organization shows.

In response to a request for freedom of information submitted by Alon Schwarzer, head of Im Tirzu’s Research and Policy Division, the IDF’s Coordination of Government Activities in the Territories (COGAT) admitted that the whereabouts of the 3,291 are undocumented.

It also became apparent that there is no military procedure for enforcing or supervising residents of Gaza violating the entry permit granted to them.

The COGAT document states that “we do not have any procedures or provisions regarding the enforcement or supervision of Palestinians who violate the permit granted to them.” However, “there is an internal procedure for treating a resident who has reported to the Erez crossing independently or who has been apprehended in Israel by the enforcement forces.”

Schwarzer stated Wednesday that Im Tirzu “has been warning for several years about the lack of an orderly procedure that tracks the return of residents of Judea, Samaria, and Gaza who have entry permits, and the information about the thousands of Gazans who have remained in Israel is proof that the State of Israel has failed.”

Over the years, Hamas operatives have abused the entry permits to conduct hostile actions against the state of Israel.

Earlier this month, a joint operation by the Shin Bet security service and the Israel Police led to the exposure of two Arabs who spied on Israeli military targets on behalf of the Hamas terror organization, with an apparent focus on the Iron Dome defense system.

Mahmoud Ahmad, 33, a resident of the Gaza Strip who was in Israel with a permit, was one of the two.

The Shin Bet noted that this exposure joins previous investigations carried out in the past two years against Hamas’ agents, and “once again reveals the fact that Hamas exploits the border crossings to promote terrorist activity in Israel and causes citizens to endanger their families in Israel and the Gaza Strip. This publication illustrates how Hamas exploits trade permits for terrorist activities.” 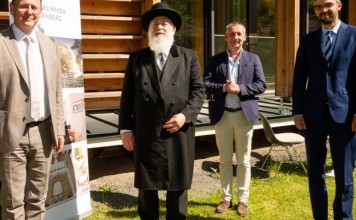 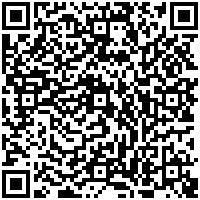