(JTA) — The Spanish government has approved a draft bill that proposes to grant citizenship to descendants of Sephardic Jews who were forced into exile 500 years ago.

Spain’s Council of Ministers, the Spanish cabinet, on Friday approved the draft law, which proposes to dispense with the requirement to relinquish foreign nationalities and which sets several criteria determining ways descendants Sephardic Jews can qualify for Spanish nationality, the Spanish daily El Pais reported.


The criteria include recognition of Sephardic ancestry by a competent rabbinical authority in the applicant’s country of residence, according to El Pais, but applicants may also present other credentials such as family ancestry records and knowledge of Ladino, the Judeo-Spanish language.

The bill still has to pass the parliament before it is implemented, according to the daily El Correo. Spanish media did not say when the bill would come up for a vote.

The draft bill was introduced in February by Spanish Justice Minister Alberto Ruiz-Gallardon, who told JTA it was meant to “repair a historical error,” a reference to the Spanish Inquisition which began in 1492. The Inquisition forced hundreds of thousands of Jews to flee the Iberian Peninsula or convert to Christianity in an attempt to escape religious persecution led by the Catholic Church and the Spanish royal house.

The draft bill states that applications will be accepted for two years only from the moment the bill is passed and goes into effect, and up to three years in special cases.

Under current Spanish legislation dating back to 1924, Jews may apply for citizenship if they reside in Spain for more than two years and can prove family ties to expelled Spaniards. Each request is evaluated individually and approved or rejected by a senior Interior Ministry official.

The new draft bill proposes to do away with the demand for residence and to make the application process automatic and not subject to the ministry’s discretion for candidates who meet all the criteria.

The Federation of Jewish Communities of Spain, or FCJE, expressed “enormous satisfaction” at the cabinet’s approval of the draft bill in a statement Friday, in which it called on lawmakers to pass the bill.

Portugal’s parliament passed similar legislation in July, but the law, which retains discretionary powers for officials, is yet to be implemented. 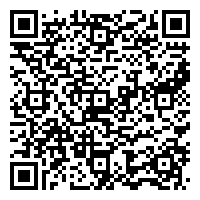