A NYTimes Editorial on Friday showed an amazing lack of understanding of Hamas’s intentions and motivations.

“Mr. Netanyahu has scoffed at that distinction — and some skepticism is warranted. While Hamas cannot simply be wished away, the United States and other countries that consider Hamas a terrorist group may find it impossible to continue aiding the Palestinians if Hamas plays a more pronounced role.”
…
“…the United States has to be careful to somehow distinguish between its support for the new government and an endorsement of Hamas and its violent, hateful behavior. To have some hope of doing that, the United States and Europe must continue to insist that Mr. Abbas stick to his promises and not allow Hamas to get the upper hand.”

It would appear that the NY Times doesn’t actually understand or recognize the Hezbollah model that Hamas is carefully following, or the role Iran is playing here.


Hamas tried its hand at ruling Gaza. It learned that it’s hard to remain a popular resistance organization when you’re also required to pick up the trash, and make sure the toilets don’t flush into the streets, not to mention being held personally responsible for every terror attack (or IDF retaliation), even when its not in your benefit to be blamed.

Hezbollah had a similar problem, they wanted to be in charge of Lebanon, but without the responsibilities and popularity issues that being in charge carry with it.

So they (or more likely their patron, Iran) came up with a neat solution.

Build yourself the largest, independent army in the country, maintain only a little official representation in the government, and let it officially appear as if other people are in charge. I call it the “talk softly-carry a big gun” model. Ehud Ya’ari calls it “adding ballots to your bullets”.

You get all the power, freedom and money, but none of the responsibilities or blame for the day to day stuff.

They’re keeping their massive independent army, with all their terrorists, guns and missiles, but they’re handing off the municipal responsibilities to the Palestinian Authority. Let collecting garbage and paying salaries be Abbas’s headache.

Hamas can now go back to doing what they do best – terror and social programming.

We’re going to now start seeing Hamas building up its grassroots support via a proliferation of Hamas funded social and religious programs that will pop up all over Judea and Samaria.

Hamas, with its large, independent army and swelling grassroots support, will run the Palestinian Unity Government (PUG) from behind the scenes, but all the responsibility and blame will fall on Fatah (Abbas) – making Hamas even more popular and powerful.

The NY Times simplistically calls on Abbas to not let Hamas get the upper hand.

Hamas doesn’t want the upper hand, not openly, not yet. That would cut off the US funding for the day to day stuff. It’s that US funding which will free up Hamas resources for the more important thing, the unhindered expansion of Iranian-supported terror bases into Judea and Samaria.

If the NY Times really wanted to prevent a “collision course” between Israel and the Palestinian Unity Government they would have recommended the only course of action that would avert it in the long term – disarming Hamas.

Once again, the NY Times proves it just doesn’t get it. 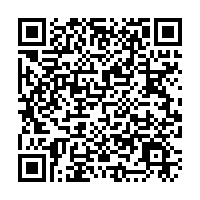