The Haredi community of the London neighborhood of Stamford Hill has been shocked by news of the drowning of one of its prominent members in the ocean.

The website BeHadrei Haredim reported that Rabbi Chaim Breisch, 65, one of the deans of the Mesivta yeshiva in London, died from drowning, and one of his students, Rabbi Yitzhak Beigel, in his 30s, was lightly injured and was hospitalized.

Rabbi Chaim Breisch, a Satmar Chassid, is the son of Rabbi Shimon Breisch from Zurich, switzerland, and a brother-in-law of Rabbi Avraham Yehoshua Soloveitchik, Dean of Brisk yeshiva, and of Rabbi Chaim Feinshtein, Dean of Beit Yehuda yeshiva.

Rabbi Chaim Breisch reportedly has not been feeling well recently, and went on a short vacation at the home of his brother-in-law Rabbi Shmili Berger, in Kent, England. On Monday morning he took a swim in the ocean, along with his student, Rabbi Beigel. Rabbi Breisch decided to get into the water despite the stormy weather. His student tried to stop him but it was too late and Rabbi Breisch began to drown. The student attempted to go after him but was injured.

Local police detained the student for questioning and then released him. The body is still in the possession of the police. The local Hevra Kadisha are waiting for the conclusion of the investigation so they can release the body and begin burial preparations. 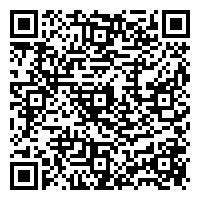