It’s summer time, which means sunny days, ice cream and lots of zucchini! Yes, you read that right. I’m a sugar junkie and I eat my veggies too. Zucchini is the perfect addition to any summer menu. You can slice it, dice it, sauté it, bake it, grill it. Any way you have it, it makes for a delicious and light meal.

When this dish was served at a Shabbat meal several months ago, I was hesitant to have a taste since zucchini was one of the ingredients. If it had been a kugel, then I would not have given it a second thought, but zucchini cake? After my husband rolled his eyes I realized I was being childish and gave it a try. After that first bite, I had 2 slices!

This recipe can be served as muffins, as a side dish in a loaf pan or for dessert in a bundt pan! It is fluffy and moist with a hint of cinnamon.

Directions:
Blend the sugar, oil, eggs and vanilla together. Add all the dry ingredients and then add the zucchini. Combine well. Bake at 350° for 50 minutes in 2 greased 10 ” loaf pans, or bake for longer in one bundt pan.  (Bake it until it is browned on top and a toothpick comes out clean).

If you like pizza, but not the heavy feeling that usually comes with eating carbs, you will LOVE this dish! It’s a quick and delicious way to indulge in everyone’s favorite meal without the guilt or calories.

Directions:
Wash the zucchini and dry clean. Slice 1/4 inch thick rounds. Brush both sides with olive oil or spray with cooking spray. Place on a baking tray and broil for about 10 minutes. Then add about a tablespoon of pizza sauce to each round, sprinkle some cheese on top and bake for an additional 10 minutes until slightly crispy and browned.

These boats are filled with a mixture of quinoa, onions, garlic, zucchini, chic peas and tomatoes. It’s an easy dish that is both flavorful and filling. If you want to keep it dairy free, just skip the shredded cheese as a topping. If you like things cheesy like I do, then you can even add some crumbled feta to the mixture before placing it in the boats!

Directions:
Place water and quinoa in pot, heat to a boil then cover and simmer until water is absorbed. Meanwhile, cut the zucchini in half lengthwise and scoop out the inside flesh. Sauté onion for several minutes. Once golden add the garlic and cook for an additional 2 minutes. Then add the zucchini flesh that was scooped out earlier. Allow to cook for 5 minutes or until softened. Add the can of tomatoes and sauté for several more minutes. Season with salt and pepper. Combine the cooked quinoa, the tomato mixture and the chic peas in a large bowl. Fill the zucchini boats with the mixture, top with shredded cheese and bake on 400′ for 20-25 minute. 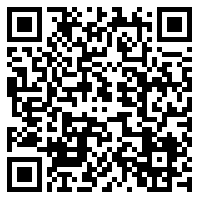