Mark C. Toner, Deputy Spokesperson for the US State Department, released the following statement on Monday:

“Tomorrow Alan Gross will begin his fourth year of unjustified imprisonment in Cuba. He was arrested on December 3, 2009 and later given a 15-year prison sentence by Cuban authorities for simply facilitating communications between Cuba’s Jewish community and the rest of the world.


“Mr. Gross is a 63-year-old husband, father, and dedicated professional with a long history of providing assistance and support to underserved communities in more than 50 countries.

“Since his arrest, Mr. Gross has lost more than 100 pounds and suffers from severe degenerative arthritis that affects his mobility, and other health problems. His family is anxious to evaluate whether he is receiving appropriate medical treatment, something that can best be determined by having a doctor of his own choosing examine him.

“We continue to ask the Cuban Government to grant Alan Gross’s request to travel to the United States to visit his 90-year-old mother, Evelyn Gross, who is gravely ill. This is a humanitarian issue.

“The Cuban government should release Alan Gross and return him to his family, where he belongs.” 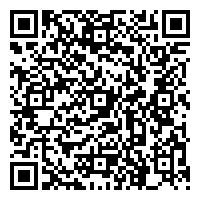