A report by the entity responsible for ensuring the peaceful development of nuclear energy worldwide and the one upon which the world depends for monitoring Iran’s nuclear activity revealed that over the past few months Iran has been working on and adding to a building at its Parchin site.

Parchin is an Iranian military complex located southeast of Tehran. It is the focus of speculation regarding possible testing of weaponization of nuclear material by the Iranians.

But the U.S. State Department, according to its spokesperson during a public briefing on Thursday, Aug. 27, has already conclusively determined – or at least concluded – that no such activity has taken or is taking place. Not to worry.

The confidential IAEA report issued on Thursday, Aug. 27, obtained by Reuters, said: “Since (our) previous report (in May), at a particular location at the Parchin site, the agency has continued to observe, through satellite imagery, the presence of vehicles, equipment, and probable construction materials. In addition, a small extension to an existing building” appeared to have been built.

The report was generated as part of the IAEA’s inquiry into possible military dimensions of Iran’s past nuclear activity. Such “PMD”s, as it is known, were a serious point of discussion in the lead-up to the July 14th Joint Comprehensive Plan of Action signed by the U.S. and the other member nations of the P5+1.

Many expressed great disappointment that there is nothing included in the JCPOA regarding PMDs. That issue, along with inspections of Parchin itself, are covered by the two side agreements which are exclusively between Iran and the IAEA.

According to Reuters, the IAEA says any activities Iran has undertaken at Parchin since U.N. inspectors last visited in 2005 could jeopardize its ability to verify Western intelligence, suggesting Tehran carried out tests there relevant to nuclear bomb detonations more than a decade ago. Iran has dismissed the intelligence as “fabricated.”

“It’s funny that the IAEA claims there has been a small extension to a building … Iran doesn’t need to ask for the IAEA’s permission to do construction work on its sites,” Reza Najafi, Iran’s envoy to the agency, was quoted as saying by ISNA news agency.

State Department spokesman John Kirby‘s response to a media question about building at Parchin not only echoed Najafi’s response, but put the rabbit in the hat. Nukes? What nukes?

Here are the question and answer from the briefing:

QUESTION: There was just one element I wanted to ask you about. I think the report – without getting too much into the details, I mean, it confirmed broad compliance. But there was some mention of the Parchin base again and about construction or other activity that was going on there. Independent of the report, is that something the United States has noted and is also concerned about?

MR KIRBY: Well, I’d say, without getting into the specifics here – as I said, we’re not going to do that – I think it’s important to remember that when you’re talking about a site like Parchin, you’re talking about a conventional military site, not a nuclear site. So there wouldn’t be any IAEA or other restrictions on new construction at that site were they to occur. (emphasis added)

In other words, Kirby, representing the official position of the State Department, has declared that Parchin is simply a regular military site and, despite earlier reports by the IAEA and believed by many analysts, there is no and was no PMD activity there at all. 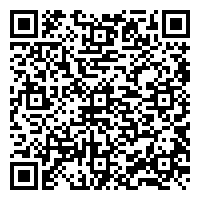