Mark C. Toner, DOS Deputy Spokesperson, on Monday night released this statement: The United States opposes all unilateral actions, including West Bank settlement activity and housing construction in East Jerusalem, as they complicate efforts to resume direct, bilateral negotiations, and risk prejudging the outcome of those negotiations. This includes building in the E-1 area as this area is particularly sensitive and construction there would be especially damaging to efforts to achieve a two-state solution.

We have made clear to the Israeli Government that such action is contrary to U.S. policy. The United States and the international community expect all parties to play a constructive role in efforts to achieve peace. We urge the parties to cease unilateral actions and take concrete steps to return to direct negotiations so all the issues can be discussed and the goal of two states living side by side in peace and security can be realized. 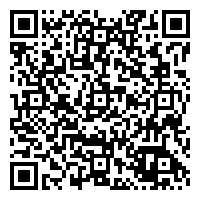