Arab terrorists hurled rocks at an Israeli bus on Sunday as it was traveling along Highway 60.

The stones were thrown from a house situated along the highway, close to the town of El Aroub, known to be a hotbed of terrorist activity.


No one on the bus was physically injured but some damage was caused to the vehicle, according to security sources.

El Aroub is located south of Gush Etzion, and a few minutes north of Kiryat Arba and Hebron, about 20 minutes’s drive south of Jerusalem. 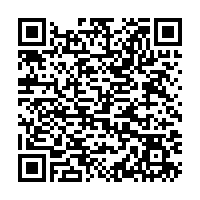