Of all the ugliness swirling around American campuses this fall season, one of the ugliest by far was on display last week at the University of Texas at Austin.

UT-Austin has an Institute for Israel Studies, at which Prof. Ami Pedahzur, a scholar whose work focuses on terrorism, political radicalism and Israeli politics, is the founding director.


On Friday, Nov. 16, Pedahzur hosted a talk by visiting scholar Dr. Gil-Li Vardi, of Stanford University. Vardi was to speak about “The Origin of a Species: The Birth of the Israeli Defense Forces’ Military Culture.”

But before Vardi could begin her talk, a dozen members of the UT Palestinian Solidarity Committee stood up, unfurled a ‘Palestinian’ flag, and raucously disrupted the event. These students hijacked the lecture in order to deliver their own evaluation of the talk – before it began – and of the speaker, justifying that disruption as an “intervention.”

An intervention is the term used by psychological professionals to describe what happens when professionals and family members intervene to stop an addict’s destructive behavior.

In a video these students posted about the incident, they admit disrupting this event and others in the same manner.

The audacity of these students is stunning. They are outraged by Pedahzur’s refusal to indulge their tantrums and are now demanding that he be fired for interfering with their disruption of his event!

Watch this (doctored) video, then continue reading and see another video taken just a few minutes after this initial disruption. In particular, note what the protesting students say and what Pedahzur, imploringly, asks of them. Also note that the man who grabs away the flag from one of the protesters is a graduate student who came to hear the speaker, and is not Pedahzur.

Pedahzur repeatedly asked the students to sit down and listen to the speaker, but the leader of the group, Mohammed Nabulsi, insisted that they did not need to hear from Vardi because she had been a member of the Israeli Defense Forces.

Nabulsi is a UT law student. He was one of the organizers of an effort to pass a resolution calling on the University of Texas to divest from holdings in Israeli companies. That resolution failed. Nabulsi used the name of an infamous convicted terrorist, Georges Abdallah, who murdered diplomats from the U.S. and Israel in 1982, as an online alias in which he claims Pedahzur physically intimidated him.

The group of disruptive students made their statements and began yelling slogans such as “Free, Free Palestine,” “Long live the intifada!” and “We want 48, we don’t want 2 states.” They scuffled with Pedahzur and another scholar who was in the room and who was furious because he came to the lecture to hear Vardi.

Neither Nabulsi nor UT’s Palestinian Solidarity Committee responded to requests for interviews about the incident. The University of Texas at Austin directed us to a post on its website, which says it is “reviewing the incident.”

However, two sentences in the notice raise concerns, especially in light of university responses at other schools this year:

“The University of Texas at Austin strongly defends and supports free speech for all members of the university community. We will be guided by those values as we review the recent events,” said President Gregory L. Fenves.

“The freedom to engage in challenging conversations openly and responsibly is absolutely vital to what we do. Our students and faculty benefit from an environment that encourages this free exchange  of ideas — and in which everyone is able to both share their views and let others do the same.”

While the University is reviewing the incident, it may wish to peruse its own Student Discipline and Conduct Code.

A quick glance at UT’s Disciplinary Code reveals several ways in which the disruptors violated school rules. For example, section 11-404a3 bars any student who “behaves in a manner that impedes, interferes with, or disrupts any University teaching, research, administrative, disciplinary, public service, learning, or other authorized activity.”

Subsection 12 of UT’s Student Discipline Code bars any “conduct that is sufficiently severe, pervasive, or persistent to create an objectively hostile environment that interferes with or diminishes the ability of an individual to participate in or  benefit from the services, activities, or privileges provided by the University.”

And Subsection 22 of UT’s Student Discipline Code bars “inappropriate conduct that ha[s] the potential to interfere or disrupt the student learning or teaching function of the university including “berating or otherwise abusive behavior.”

But there is still more evidence that it was the PSC students who were abusive and disruptive, and not Pedahzur whose behavior warrants criticism.

The following video, from Legal Insurrection (which has covered this unfolding event since it began), is shot from the end of the hallway outside of the classroom where the incident took place. At the beginning, you can very clearly hear the screaming of the protesters from inside the classroom, even though the door is still closed. Then the protesters leave the room, and after them trails Pedazhur, still trying to get them to come back and engage in a constructive exchange after listening to the speaker. Their response? “Free Palestine” and “Long live the intifada!”

Meanwhile, the students who disrupted the talk have spent days publicizing the event, claiming Pedahzur is the one who engaged in intimidation. They filed a civil rights complaint against Pedahzur with the university, and are urging students and others  to contact members of the UT administration.

That’s right, a group of University of Texas students interrupt a scheduled event, demand that they be heard before the speaker, repeatedly shout slogans which admit they want Israel wiped off the map, leave at their own pace, and they are the ones claiming victim status and demanding that punishment be meted out against the person whose event they hijacked.

UT’s response? Not much. 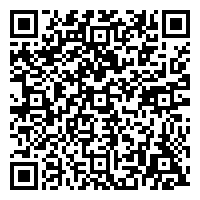