President Trump’s daughter’s new book, “Women Who Work: Rewriting the Rules for Success,” which came out last week, has so far been met with scorn and rage by women who work, or, rather, women who write for women who work. Interestingly, Amazon’s 5-star customer reviews system only shows readers who loved the new book (46%) and hated it (51%), reflecting, more or less, President Trump’s election results. Only one percent respectively gave the new book 2, 3, or 4 stars.

“Women don’t need Ivanka Trump’s fortune-cookie feminism,” wrote British writer and translator Lucia Graves in The nation, suggesting the book “reads like an odd mashup of block quotes borrowed from everyone who’s ever said something inspirational, and at least a couple people who, apparently, never did.”

On that count, WWW has so far produced at least one faux pa: a quote Ivanka said had come from John Quincy Adams: “If your actions inspire others to dream more, learn more, do more, and become more, you are a leader,” was never uttered by the sixth president of the United States, according to H. W. Brands, a University of Texas at Austin presidential historian who spoke to PolitiFact.

Ivanka Trump wrote this book before the 2016 election, when she was the executive vice president of development and acquisitions at the Trump Organization, cofounder of Trump Hotels, and CEO and founder of the Ivanka Trump Collection. As Ivanka puts it, her book “will equip you with the best skills I’ve learned from some of the amazing people I’ve met, on subjects such as identifying opportunities, shifting careers smoothly, negotiating, leading teams, starting companies, managing work and family, and helping change the system to make it better for women—now and in the future. I hope it will inspire you to redefine success and architect a life that honors your individual passions and priorities, in a way only you can.”  It features a collection of quotes by famous people, living and otherwise, that today’s working woman could use as inspiration.

Ivanka’s new book raised the ire of not just feminist writers, but also with readers who slapped their angry reviews on Amazon.

Raven Zakion wrote: “I challenge Ivanka to leave her life for 1 year, become an employee instead of an heiress with infinite resources at her fingertips, make $60k or so a year in NYC and have to play the game the normal way. And then, maybe, and only maybe, she may have a point of view that has any relevance or holds any interest to those of us women who came by success the honest, hard working, losing sleep at night, making ends meet, even raising amazing young women as single mothers, getting home loans and on and on. The audacity that she thinks she has any perspective to share is an insult to every woman who’s lived the real truth of making it from scratch. Read her book? NO THANKS.”

Anthropologist and chimpanzee expert Jane Goodall, who discovered she is being quoted in the new book: “What you do makes a difference, and you have to decide what kind of difference you want to make,” told the Washington Post: “I sincerely hope she will take the full import of my words to heart,” suggesting: “I hope that Ms. Trump will stand with us to value and cherish our natural world and protect this planet for future generations.”

We could not find positive reviews in the mainstream and even less mainstream media, other than customers who liked the book and, according to Amazon, have actually bought a copy:

Sharynon, who bought a Kindle edition, wrote: “This is a good helpful book for young women in an ever changing world. Unfortunately some people who have written negative reviews are too emotionally invested in living in a ‘no’ world and are not able to objectively review the book. Jealousy of someone else’s life isn’t conducive to building a successful business and life. This book won’t help the haters, but this book will be helpful for someone who is working and striving for a better life. If you hate Trump and are wasting your life hating Trump, I would suggest you read something else that might make you feel better. If you want some good tips, read this book.”

And so, judging by the reactions generated by folks who certainly dislike President Trump and the Trump brand, the haters are scoring over the lovers.

Author Erin Keane wrote in Salon: Ivanka is not an original thinker; this is not news. So it comes as little surprise that she is not a gifted — or even passably average for her genre — writer, either.”

Keane added acerbically, “A more fitting label for this perfect-bound Pinterest board would be ‘Women Who Work for Me, Ivanka Trump,’ as they appear to be the only relevant audience.”

Canadian author Tabatha Southey wrote in The Globe and Mail that “Ivanka Trump’s new book is a vacuous exercise in branding,” elaborating: “As with the bottled water, Women Who Work is, essentially, a repackaging and branding exercise. There’s water, water everywhere and there are inspirational quotes and anecdotes everywhere, and now the Trump name has been applied to both of these resources.”

“Watch your back, Donald,” Southey advises the 45th president, “It’s one thing to slap your name on condominiums, casinos and boxed frozen steaks in an attempt to add a veneer of luxury to them. It takes a whole other level of Trumpian gumption to do the same with the Dalai Lama and Jane Goodall.”

Asher Schechter, writing for Ha’aretz (Whatsa matta, Ha’aretz, no women writers on hand for this one?), maintains that “Ivanka Trump’s self-help book deserves all the hate it gets.”

“The entire thing is written in monotonous, corporate-approved brandspeak, which makes sense given that it’s rooted in a marketing campaign Ivanka’s company launched to sell shoes and dresses,” writes Schechter. “People don’t live their lives, they ‘cultivate authenticity.’ Life can only be lived ‘to the fullest.’ In life, people should stop ‘negatively overreacting to [their] daily obligations and demands’—They should be ‘proactive,’ ‘passionate,’ and ‘productive’ instead. Everyone can be successful if they ‘work really, really hard.'”

But it would be wrong to suggest no one had nice things to say about Ivanka’s new book. The Office of Global Women’s Issues, an agency at the State Department, used its official Twitter account to retweet an Ivanka Trump tweet promoting it. The argument has been made that it was a legitimate retweet, since OGWI office has a mandate to “promote the rights and empowerment of women and girls through U.S. foreign policy.” But then they deleted the retweet anyway, probably under pressure from those pesky feminists.

Finally: “Ivanka Trump, a daughter of and aide to the man whose election drove women to mount the largest protest in American history, has published a new book,” wrote Jia Tolentino in the New Yorker. “It’s about how women can best achieve personal satisfaction and professional success. This is an ill-advised endeavor, in theory. In practice, it is an even worse idea than it seems.” 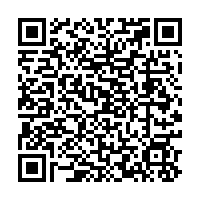