The University of Texas at Austin Student Government on Tuesday passed unanimously Assembly Resolution 26, declaring its support for Jewish students on campus, The Daily Texan reported. According to the newspaper, the resolution came “in response to the bomb threats, anti-Semitic social media posts and vandalism.”

The draft followed anti-Semitic posts on the UT 2020 Facebook page, and vandals breaking a window at the Texas Hillel.

Jonathan Dror, one of the authors of AR26, told TDT that “several Jewish students […] don’t even feel comfortable wearing their Magen David necklace out or small things like that just to express their religion.” He added, “Unfortunately, anti-Semitism is always around and we can never get rid of it, but right now it’s rearing its head up. […] So, we just thought it was very important to show a message of solidarity with Jewish students, and that we’re supporting them right now.”

Jason Taper, a Texas Hillel member, said he was “thrilled” to see the issue of anti-Semitism being acknowledged and the UT students coming together against hate. 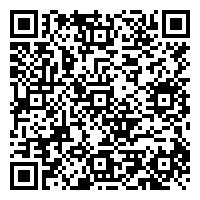