The Khazars were a Turkic nation whose semi-nomadic empire stretched from Southern Russia to the Caucasus mountains, and from Eastern Europe to Central Asia. There is a tradition that, in the 8th or 9th centuries, their king converted to Judaism.


In the late 19th century, Ernest Renan and others proposed that the Ashkenazi Jews of Europe had fled from Khazaria. This theory has been used by antisemites to suggest that European Jews stem from a barbaric Asiatic race, and to disprove their ancestral connection to the land of Israel.

Only a year ago, many enemies of the Zionist success story, both Jews and gentiles, rejoiced in the findinggs of a Dr. Eran Elhaik, a half-Italian, half-Iranian Israeli Jew, a molecular geneticist working for the School of Public Health at Johns Hopkins University in Baltimore, that “the dominant element in the genetic makeup of European Jews is Khazar. Among Central European Jews, this makes up the largest part of their genome, 38%. For East European Jews it does the same, at 30%.”

The only thing missing for Dr. Elhik’s work to prove beyond the shadow of a doubt that Jews are actually Khazars, is the fact that there are no Khazars out there. There are only folks who live nowadays where there may have been Khazars 1200 years ago.

So, in the absence of genetic data for the long-lost Khazars themselves, Elhaik used data from populations living there now: Georgians, Armenians and Caucasians.

“When doing so Elhaik discovered what he calls the Khazar component of European Jewry,” concluded the news reports in January, 2013.

In short, Elhaik says he has proven that Ashkenazi Jews came from the Caucasus, not the Middle East. And the obvious conclusion is: kindly pack your bags and move on to your real homeland.

Naturally, one of Elhaik’s biggest supporters was Shlomo Sand, who teaches his own kind of history at Tel Aviv University, and wrote the bizarre book “The Invention of the Jewish People.” Sand said the study vindicated his long-held ideas.

”It’s so obvious for me,” Sand said in an interview. “Some people, historians and even scientists, turn a blind eye to the truth. Once, to say Jews were a race was anti-Semitic, now to say they’re not a race is anti-Semitic. It’s crazy how history plays with us.”

So now, not for the first time, a new study, available here, the work of a large group of scientists, finds once again that the Khazar theory is baseless, driven, like Prof. Sand, by a burning desire to invalidate the Jewish Zionist narrative. The new study also clears, once and for all, hopefully, the popular confusion regarding the possibility of there being a unique Khazar race that woke up one morning, declared itself Jewish and moved on to settle in Germany.

“The origin and history of the Ashkenazi Jewish population have long been of great interest, and advances in high-throughput genetic analysis have recently provided a new approach for investigating these topics,” states the study’s abstract. “We and others have argued on the basis of genome-wide data that the Ashkenazi Jewish population derives its ancestry from a combination of sources tracing to both Europe and the Middle East.

“It has been claimed, however, through a reanalysis of some of our data, that a large part of the ancestry of the Ashkenazi population originates with the Khazars, a Turkic-speaking group that lived to the north of the Caucasus region roughly 1,000 years ago. Because the Khazar population has left no obvious modern descendants that could enable a clear test for a contribution to Ashkenazi Jewish ancestry, the Khazar hypothesis has been difficult to examine using genetics.” 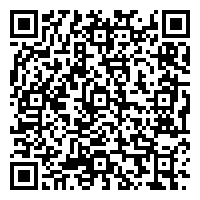