(JNi.media) A new Ben-Gurion University of the Negev (BGU) research demonstrates how Jewish mothers’ emphasis on the many aspects of well being, fitness and a sense of self-fulfillment helps to counteract the innumerable “ideal” body images seen and heard by their daughters in the mass media.

The new study, by Maya Maor and Julie Cwikel, was published in Feminism and Psychology, and describes how Jewish mothers instill resilience in their daughters to combat body dissatisfaction, which can lead to eating disorders. The study included 28 pairs of mothers and daughters.

“All the mothers interviewed concurred that they bear some responsibility for their daughters’ weight, socialization to accepted gender roles and general well being,” explains Dr. Maya Maor. “Both mothers and daughters have the opportunity to choose alternative modes of interaction that promote a healthier body image and build a personal and body-based resilience to mitigate the risk of eating disorders as they mature.”

Some of the mothers in the study recalled how their own mothers’ negative comments to them about eating too much led them to associate food with guilt and bad feelings. They raised their own daughters by instead talking about the quality of food, importance of food choices and its relationship to developing respect for their own bodies.

Dr. Maor, who conducted the study with Prof. Julie Cwikel, founder of the BGU Center for Women’s Health Studies and Promotion, jointly affiliated with the Faculty of Humanities and Social Sciences and the Faculty of Health Sciences.

In the qualitative analysis, women of various ethnic and national origins were interviewed, including American-Jewish women, Israeli women of Russian, Ethiopian, North African, and European ethnicity, alongside native born Jewish Israeli women, and American Jewish female college students, as well as self-identified Jewish women across the denominational spectrum. The age of the daughters ranged from 29 to 45 and the mothers’ from 59 to 80.

“The focus on protective strategies was intended to achieve two goals: to emphasize the positive in mother-daughter relationships and to identify a repertoire of strategies available to parents and allied health professionals who wish to help their daughters or young women build a stable, positive body image,” Dr. Maor explained.

The analysis showed common ways in which mothers and daughters rejected, negated or resisted oppressive messages and stereotypes related to general or personal body images. The methods included filtering — being cautious and sensitive regarding body image issues; transmitting awareness of the dangers of eating disorders, which can result in serious medical complications and even death; positive reinforcement, using affirmative language in regard to their daughters’ bodies; discussion — providing tools for criticism of dominant body-related messages; and positivity — shifting the focus of food and body-related discussions regarding weight loss to health and taking pleasure in food.

The researchers recommend the development of preventive interventions based on the great potential for positive effects in mother-daughter relationships. Father-daughter interactions are an additional, potentially important avenue for future research. 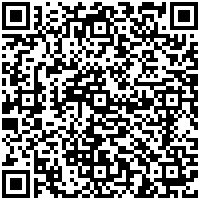