An Israeli woman who was injured in a rock attack on her car on Sunday is in serious condition after undergoing emergency surgery.

Rivka Teitel was driving with two of her children in the Binyanim region on Sunday when they were attacked by rock-throwing terrorists near the Arab village of Deir Nidham. She was hit in the head by one of the rocks.

Teitel was evacuated semi-conscious and in moderate condition but was later admitted to emergency neural surgery.

After a prolonged operation, she is still in serious condition.

The IDF launched a broad manhunt after the attack, and acting on intelligence from the Shin Bet, arrested several suspects in the village of Deir Nidham.

The village is under full lockdown.

The WAFA news agency reported that at least 15 suspects were arrested.

“We will continue operating in order to preserve the security in the region,” the IDF stated. 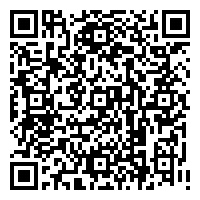