Iranian TV reported that official sources in Syria are denying the CNN report from Friday, that the IAF last weekend bombed Latakia harbor in Syria.

Friday’s CNN report cited three unnamed U.S. officials who said that the blasts that took place at the critical Syrian port of Latakia were the result of airstrikes by Israeli fighter jets. According to CNN, the airstrikes targeted Russian-made Yakhont anti-ship missiles.


In a statement released the previous Friday, the London-based Syrian Observatory for Human Rights—a pro-rebel group—said that “huge explosions shook the area where a large Syrian army base and weapons depots are located.”

According to reports that reached the rights group, fighter jets were seen in the skies in the area of the city of Al-Haffah, east of Latakia. It was further reported that several troops have been killed and wounded in the explosions. Fires broke out in the region.

This is the fourth reported Israeli strike in Syria in six months. 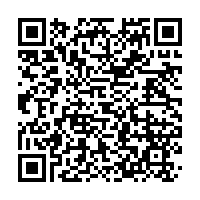