Last fall Islamist terrorists tried to murder a young Pakistani school girl by shooting her in the head at close-range after climbing aboard the school bus in which she was traveling.  Malala Yousafzai, the object of an assassination attempt because she promoted education for girls, has recovered from her wounds and has defeated her would-be assassins.

On Friday, July 12 – her 16th birthday – Malala Yousafzai received standing ovations when she gave a speech to the United Nations.  She  said education is the only way to save lives:

Let us pick up our books and pens. They are our most powerful weapons. One child, one teacher, one pen and one book can change the world. Education is the only solution.


Although only 15 years old, Yousafzai and her campaign to promote education for girls was so threatening to the Taliban that assassins were sent to murder her as she traveled in a school bus.

Actually, Yousafzai was perceived as a threat for several years before the Taliban shot her.

When only 11 years old she wrote an anonymous blog for the BBC in which she championed the cause of education for girls, which is banned by the Taliban.

Over time, her identity became known as she continued writing and speaking out.  In 2011 Yousafzai received Pakistan’s National Youth Peace Price and was even nominated by Archbishop Desmond Tutu for the International Children’s Peace Prize.

As expected, the more attention Yousafzai brought to her cause, the more of a threat she became.  Eventually there were death threats against her.  And then, on October 9, 2012, the threatened acts were carried out.

The attack drew the attention of the world as her rescue and recovery, first in Pakistan and then in England, were closely followed.  For some time it was unclear whether Yousafzai could recover from the attack, but it is clear from her appearance on Friday that not only has she recovered, she is stronger and more determined than ever.

“The extremists were, and they are, afraid of books and pens,” Yousafzai said. “The power of education frightens them. They are afraid of women.”  There were 500 people in the audience at Friday’s speech.

Friday was declared Malala Day by the U.N., but Malala said it was “not my day,” but a day for every woman, boy and girl struggling for their rights.

“Thousands of people have been killed by the terrorists and millions have been injured,” she said. “I am just one of them. So here I stand, one girl among many.”

Yousafzai is a symbol of strength through adversity.  She said it best in her own words.

On October 9, 2012 the Taliban shot me in the left side of my forehead.  They shot my friends, too.  The thought the bullets would silence us.  But they failed. 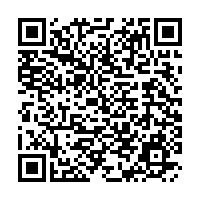