There are some things in this world that are hugely important when you are four years old, and no one can tell you different. Even the president of Israel.

President Reuven Rivlin encountered that situation when he visited the Hadas Kindergarten in central Tel Aviv on Sunday morning.

The visit was his first stop in Tel Aviv, preceding his trip to Ichilov Hospital to visit with those injured in Friday’s shooting attack at a café on Dizengoff Street, and their families.

The president sat with the preschoolers and read them the story of ‘Aaron and the Purple Crayon,’ by Crockett Johnson, “supervised” by their teacher, Keren, and educational staff.

But when the story ended, the children had their own questions for the president.

They wanted to know why Rivlin wanted to be President, and what did a President do? Why hadn’t he become a footballer?

Seeing as these were all very good questions, the President gave them very serious answers.

“I’m just not very good at it,” he said when explaining why he gave up football.

“I think it’s better that I am President because that way I have the opportunity to listen to all people in the country.

“I listen to all the citizens and the citizens with difficult jobs. I listen to mayors and ministers, principals and teachers, and I try to help with any problem and to resolve them.

“The President is primarily the mouth of all people, of all the public. When the President expresses his opinion he does so after hearing everyone’s voices. And you children – even if you don’t agree with what your friend says, first of all you need to listen and think – maybe what he is saying makes sense?

“It is important that we listen to everyone with dignity, and maybe we will learn something,” he told them. 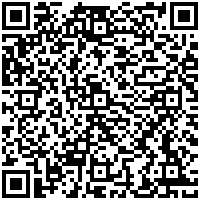