An Arab sniper opened fire towards a group of IDF soldiers at a junction in the southern Hebron Hills of Judea early Sunday evening.

At least one of the soldiers was hit by the gunfire and sustained a leg wound in the attack. He was treated at the scene at evacuated by ambulance to Soroka Medical Center in Be’er Sheva.


The terrorist has not yet been caught.

It was the second sniper attack on the IDF in less than six hours. Earlier in the day, a 19-year-old female soldier was hit by Arab sniper fire in a similar attack at the Cave of the Patriarchs in Hebron.

That terrorist had fired from a nearby rooftop in the Abu Sneineh neighborhood, according to military sources. IDF troops fanned out to hunt for the sniper but he has not yet been tracked down. 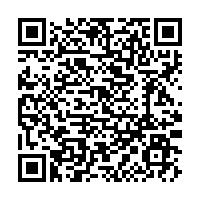