Glick was charged with ‘peddling.’


The police claim Glick, who has a full-time job, was selling bangles at the Kotel.

Printed on the stretchy bracelets were the words, “The Temple Mount is in our hands!” – the famous phrase coined by IDF General Motta Gur when he liberated the Old City of Jerusalem in 1967.

The tall, red-bearded Glick is a well-known and recognizable figure. He said he was approached by some students who asked him for a few of the Temple Mount bracelets, at which point a police officer came over and arrested him for peddling.

Glick regularly leads tour groups onto the Temple Mount, which has led to his routine arrest and general harassment by the Israel Police.

Today the police would probably arrest Gur for saying that there. 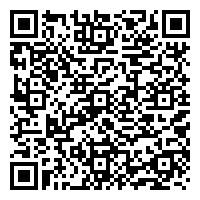