Over 200 members of the community began leaving Thursday after local leaders said they would cut services to Lev Tahor members.

The move is one of many recent disruptions for the group, which has been targeted with child abuse allegations in Canada.

Lev Tahor had maintained a small presence in San Juan La Laguna, a village about 90 miles west of Guatemala City, for about six years, but it expanded considerably in March after a contingent arrived complaining of persecution by Canadian authorities.

Tensions appear to have flared after the newcomers arrived, and leaders of the village told news agencies that the group sought to impose its practices on the indigenous peoples.

Miguel Vasquez Cholotio, a member of the elders’ council, told Reuters the sect members refused to greet or have physical contact with anyone outside their community.

“We felt intimidated by them in the streets. We thought they wanted to change our religion and customs,” he said. Vasquez Cholotio told AFP that the villagers “need to conserve and preserve our culture.”

Uriel Goldman, a spokesman for Lev Tahor, told Reuters that the group had friendly relations with the locals, and was the victim of charges by a minority among the village’s leaders. He said the group would seek another site in Guatemala to settle. 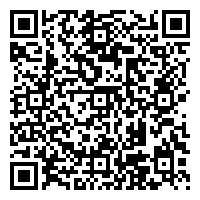