An armed terrorist was shot and killed by IDF soldiers near the Giti Evyasar junction in the Shomron on Friday morning.

The terrorist, wielding a knife, got out of a car near an IDF position and began running towards the bus stop where there were civilians and soldiers. The alert soldiers shot the terrorist before he could harm anyone.


Security forces are looking for the vehicle that drove him to the area and fled. 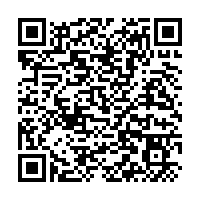