There was a terror attack that began at Ammunition Hill in Jerusalem, near the train stop, at 10:12 AM on Sunday morning.

The terrorist, driving in his car opened fire at the Jerusalem light rail train, wounding one woman critically. He then drove further ahead towards the Shimon Hatzadik train stop, and opened fire at a car on the road, wounding another woman.


The terrorist then drove into the Shimon Hatzadik neighborhood (Sheikh Jarrah) and got out of his car. He opened fire at the Yassam police team who were chasing him.

One policeman was critically wounded, another was lightly wounded.

The terrorist was then shot and neutralized (killed).

Altogether, eight people have been wounded.

-Four treated for shock – on site

United Hatzalah volunteers from the Jerusalem chapter are currently treating injured and wounded individuals at a light rail station following the attack.

Yossi Amar, a volunteer medic with United Hatzalah who arrived first at the scene relayed: “When I arrived at the scene I found an unconscious woman. Together with other volunteers of the ambucycle unit of United Hatzalah we provided her with first aid treatment at the scene. We did not find any other people who sustained physical injuries. We then began treating people in the area for shock.”

Service to the Jerusalem Light Rail has been restored as of 11:15 AM. 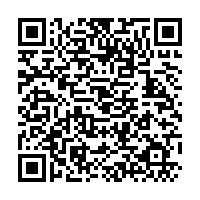