Du’aa Abu Sarah, mother of four, was murdered a month ago in front of her children. Last week, her two sister and mother testified before the Knesset Committee on the Status of Women. Committee Chairwoman MK Aida Touma-Sliman (Joint Arab List) said the focus of the hearing was on police failure to defeat violence against women in the mixed cities of Ramla and Lod. “Fifteen Arab women have been murdered in Ramla and Lod since 2010,” she said, adding, “We’re not willing to continue counting the dead bodies.”

Du’aa’s sister testified that the murder victim had launched a complaint with police but no one followed up on it. “We have no one to talk to. We feel threatened, this murderer killed all of us,” she told the committee. She reported that her family members are forced to hide indoors in the evening. “I’m a strong woman, but recently I’m afraid I’m being followed,” she said.


The Arab committee members pointed an accusing finger at police, but were also critical of Arab society. MK Ahmad Tibi said the main problem was the lack of police deterrence of criminals. “When there are no solved crimes, there’s no deterrence of the next murderer,” he said. “In most cases police know who is the killer, but he remains free for lack of substantial evidence.” But beyond the problem of an inept police force, Tibi said, “we have a social sickness of men who think they can easilty take the life of a woman because she is inferior to them. It’s primitive, inferior thinking.”

Several other Arab MKs blamed the Israeli “colonialist” system which prefers to employ police in pursuing political activists rather than focus on crime in Arab society. But some, like MK Osama Sa’adi (Joint Arab List) acknowledged the need to reach beyond criticism of police to dealing will the general violence in Arab society, and specifically violence against women.

An Arab woman from Lod testified about the threats on her life. “I am being threatened. I filed a complaint with police but they told me not to complain. When they shot at my house police didn’t do anything to prevent the shooting and protect me. Everyone is aware of my story, including Police and Social Services. Social Services directs me to Police and vice versa. Today I’m still alive, but I don’t know when it’ll happen, when I’ll be murdered. No one is doing anything, they’re just waiting for it to happen.” Turning to the police representatives at the hearing, the woman pleaded, “Please change things. It’s not just me, men are also murdered and you’re doing nothing. There’s evidence, there’s cameras, there’s shooting. The man who shot at my house was pictured and his license plate is known, and you still don’t have sufficient evidence? What are you waiting for?”

Police Central District Officer, Commander Dado Zamir, told the committee the murders in question “are keeping me up nights. The files are being treated by our central unit and we don’t spare manpower to solve these cases. There are many women whose lives have been saved by Social Services and Police, be it treatment within the community or sending them to communities abroad. We’ve left no stone unturned and every shred of evidence is being examined.”

Samah Salaime, who runs a countrywide project for the prevention of violence within Arab society said that one of the problems in Police being able to elicit testimony from Arab victims of violence has to do with the plea bargain system, which lets criminals out of prison in time to take revenge against the women who put them there. Therefore, she argued, “you can’t convince a woman to testify [against men who threatened her life] if she knows that seven years later they’ll come looking for her.”

Orly Dahan, representing the City of Lod, told the committee that she knows of 80 women whose lives have been threatened, 20 Jews and 60 Arabs.

Hagai Moyal, National Inspector at the Ministry of Social Affairs, told the committee it was difficult to recruit workers to deal with family violence in the Arab society. 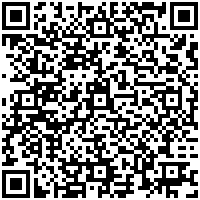