A 14-year-old female terrorist stabbed a police officer on Thursday morning, just before 7 AM.

The attack happened at the entrance to the village of Ouja, just off of highway 90 in the Jordan Valley.


The policeman was directing traffic at the time due to a tree that fell on the highway, when the terrorist used the opportunity stabbed him in the shoulder.

According to the police, the policeman was lightly wounded. The terrorist was arrested and no shots were fired. 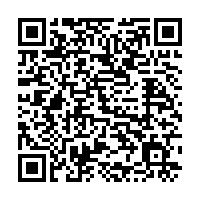