Early Tuesday morning, Arabs shot at an Afikim bus number 101, that was driving to the Tapuach junction in the Shomron. There were no passengers in the bus at the time. The driver was not injured.

The army temporarily locked down Hawarwa, near Shechem, where the shooting occurred, while the IDF searched for the shooter.


The IDF found 4 pistol bullet casings at the site of the shooting.

Two weeks ago, another Afikim bus was also shot in the same area. That bus was carrying passengers and no one was injured.

A few days later, more than 30 bullets were shot at an armored army ambulance, 5 of which hit the armored plating. That attacked occurred in the Hursa village near Negohot. No one was injured.

There have been 6 shooting attacks against Israelis in Judea and Samaria in the past 2 months.

Overnight two firebombs were thrown, and there were eight stone throwing incidents, including at the Tomb of the Patriarchs in Hevron, in different attacks throughout Judea and Samaria.

No one was injured in those attacks. 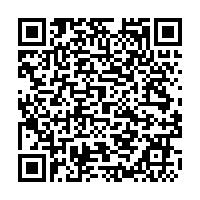