Terror attacks are still taking place on the roads of Judea and Samaria, with attackers throwing rocks and flaming Molotov cocktails at motorists in an effort to cause them to lose control of their vehicles in deadly accidents, or to slow down enough to become easier targets for more lethal attacks.

Palestinian Authority terrorists hurled four Molotov cocktails (firebombs) at Israeli military forces who were stationed at the Qalandiya crossing north of Jerusalem on Thursday evening, according to a report published by the Hebrew-language 0404 military news site.

No physical injuries were reported, but there was no information about damage to property.

In a separate attack, an Israeli driver was targeted by Arab terrorists on Highway 60 in Samaria. The vehicle came under a hail of rocks on the road between the Jewish community of Adam, and the Arab village of Hizma.

No physical injuries were reported but the car’s windshield was smashed. 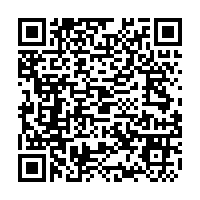