An IDF soldier was stabbed in an Arab terror attack early Sunday morning near the central bus station in Ashkelon.

The soldier, age 20, sustained light wounds to his upper body. He was treated at the scene and then evacuated to Ashkelon’s Barzilai Medical Center by paramedics from the Magen David Adom emergency medical response service.


The Israel Police spokesperson for the Southern Regional District said the soldier remained conscious at all times.

A second soldier saw the stabbing and immediately ran after the suspect, who fled, but was chased down and then shot by his pursuer who had quickly closed the distance and neutralized him.

Ashkelon police say they are checking the reason behind the attack but it is believed the stabbing was driven by nationalist — terrorist — motivations.

The attacker was taken to Barzilai Medical Center, where a spokesperson told journalists he is in “very serious condition.” Security personnel are still investigating to determine his identity. There is a possibility that the suspect may be a refugee of Sudanese or Eritrean origin, according to local sources.

Update: 2 PM: Barzilai hospital reports that the stabber has died from his wounds. 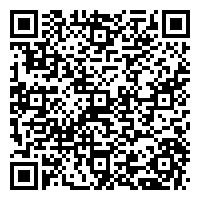