Israeli drivers were targeted Wednesday night by rock-throwing terrorists on roads in Judea and Samaria.

Terrorists hurled rocks at Israeli-licensed vehicles as they passed on the road in the area of Singil, northeast of Ramallah.


Israeli motorists were also attacked as they passed the Palestinian Authority village of Beit Ummar on the Gush Etzion – Hebron road.

One of the attackers was captured near his residence.

According to Hatzalah Without Borders / Judea & Samaria, no one was physically hurt in either attack.

Rocks hurled at moving vehicles can kill — and several times have indeed resulted in the deaths of targeted Israelis. 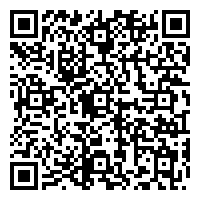