An Arab terrorist was shot to death after attempting to stab a security man at the Qalandiya checkpoint between Jerusalem and Ramallah, just west from the Jerusalem municipality boundary, on Tuesday morning. The man passed through the vehicles’ lane and approached the security guard with a raised knife. He was fired at and was mortally wounded. He died shortly thereafter.

There have been several incidents of stabbing attempts and shootings at the Qalandiya checkpoint since the beginning of the current wave of terror. Last month the prosecution closed for lack of evidence its case against security guards who shot to death a teenager and his pregnant sister at the Qalandiya checkpoint last April. Both brother and sister were armed with knives, and the sister threw her knife at one of the guards, following which both attackers were gunned down. 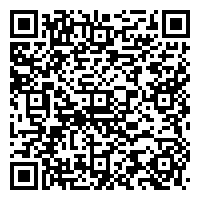