Rabbi Sensei Gary Moskowitz, 56, grew up in Soundview section of the Bronx and took up Karate to protect himself. As one of the few Jewish kids in the neighborhood, Gary was beaten up a lot.

Now he’s reaching out to city Jews who are being targeted by the “Knockout the Jew” criminals.

At age 14, he went to a Jewish Defense League-sponsored summer camp and took up karate.

Later, he says, he honed his skills working at the NYPD where he became known as “Rambowitz” and was one of the only two Orthodox Jewish cops at the time. He says his years as a cop helped him gain experience in street fighting, psychology, stress management, and self-discipline.

During the next 30 years he taught a broad variety of subjects to the whole spectrum of students – Martial Arts to the police, self-defense for women and Torah. He received his rabbinic ordination from Kollel Ayshel Avraham, and is completing his master’s degree in Education Administration at Mercy College, after having completed his law studies at Touro Law School.

“If Jewish kids started fighting back, they wouldn’t get picked on so much,” says Gary, who is a Karate black belt. “I’m just trying to encourage the Jewish community to do that.”

His program also includes Martial Arts Therapy for children fighting cancer and other illnesses, offering emotional and spiritual support to children and helps them to take an active role to become a partner in their own healing process.

Bruce Lee: Not a Jew – But His Great-Grandfather Was [video] 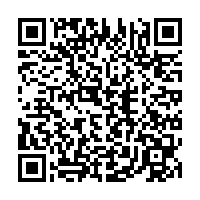