Early this morning, two Arabs armed with a gun, butchers knives, and an axe, attacked worshipers praying the morning prayers in a synagogue in Har Nof. Uday and Ghassan Abu-Jamal, entered the synagogue shooting a pistol and screaming “Allahu Akbar”, and proceeded to stab and shoot the congregants.

Traffic police were the first responders to the scene, and entered into a firefight with the terrorists. The terrorists were killed. One policeman was critically wounded in the exchange.


Tehila, a woman in her 20s, saw the attack unfold from her window. She told Tazpit News Agency “I was asleep and heard many people screaming. I jumped out of bed and saw policemen, some not even wearing uniforms, running around in what looked like a crazy way. I also saw some injured people. One was full of blood.”

“Afterwards, all the police forces came and I saw what sounded like a firefight. The police yelled at us to go inside and close the windows, since they hadn’t yet captured the terrorists.”

Yehuda Grossbard, an eyewitness, told Tazpit News Agency, “My wife heard shots… I ran downstairs, and saw people running out of the synagogue, some were covered in blood. I went next to the synagogue and I heard gunshots, I saw someone outside whose head was full of blood. Then I heard more shots, and that’s when the police came. They told people to get on the ground, and then the terrorists jumped out from the stairs and they shot them there.”

Four people were murdered in the attack. Eight people were injured. Four are in critical condition, two are moderately injured, and two sustained minor wounds. They were rushed to Hadassah Ein Kerem and Shaarei Tzedek hospitals.

“The images I saw inside the synagogue reminded me of images from the Holocaust – Jews wrapped in talitot (prayer shawls) and tefilin (phylacteries) dying in pools of their own blood on the floor of the synagogue.”

The terrorists were cousins from the Arab neighborhood of Jabel Mukkaber in East Jerusalem. One worked in the neighborhood, in a grocery store. They were members of the PFLP (Popular Front for the Liberation of Palestine).

Hamas spokesperson Sami Abu Zuhri praised the attack, calling for more “revenge operations”. Other Hamas media claimed this attack was a response for the “execution” of Youssef Al-Roumani. Roumani was the Egged bus driver whose hanging was ruled a suicide. A spokesman for Fatah, the party of Palestinian Authority leader Mahmoud Abbas, said that the attack was “a natural consequence of the crimes of Israel”.

John Kerry called for the Palestinian leadership’s incitement to be halted immediately.

Tehila added, “It’s an hour later, and we are still shivering…The synagogue is a central one, it has a large congregation. You never dream something like this could happen in Har Nof.” 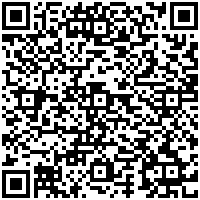