The quality of CNN’s reportage of Tuesday’s massacre at a Jerusalem synagogue sank to a new low.

Its initial report flashed the headline, “Deadly Attack on Jerusalem Mosque,” but the first correction only reported “4 Israelis, 2 Palestinians Killed in Jerusalem.”

However, it linked the murders with Arab rage over the suicide of an eastern Jerusalem bus driver Sunday who Palestinian Authority officials insist was murdered by “settlers.”

CNN reported that there was “controversy” over the death of the bus driver.

It added that Arabs did not accept that it was a suicide, but it failed even to mention that forensic experts testified that the man hanged himself. The network also quoted leading Palestinian Authority leader politician Hanan Ashrawi that the murder was a “lynching” by Jews.

CNN also wrote the report so that readers would conclude that there was a link between the driver’s death and a stabbing attack by an Arab on a Jew the day before.

Following is the full report:

(CNN) — The death of an Arab bus driver discovered hanged in his bus near Jerusalem is generating controversy among Palestinians who reject the police finding of suicide.

Yousuf al-Ramouni of Jerusalem was found dead Sunday. Police spokesman Micky Rosenfeld said Monday on Twitter that findings of the autopsy indicate his death was “not criminal related whatsoever.”

But the driver’s brother, Oussama al-Ramouni, described seeing bruises and “signs of blood” on his brother’s back.

“This is not the work of one individual but several individuals,” he told CNN.

Yousuf al-Ramouni died the same day an Israeli was stabbed with a screwdriver near central Jerusalem, the latest in a string of stabbing attacks targeting Israelis.

The stabbing victim was taken to the hospital in moderate condition, Rosenfeld said Sunday. 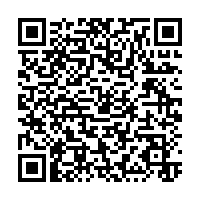