More robust accounts of Rabbi Shlomo Carlebach’s life have come to the surface following 20 years after he died on Oct. 20, 1994.


But even the authors will admit that this larger-than-life, soul-hugging rabbi’s legacy cannot be fully captured in black-and-white pages.

“Shlomo did not seem to fit any restrictive, defining label,” Ophir told JNS.org. “Reb Shlomo was… a charismatic teacher who combined storytelling, sermonic exegesis, and inspirational insights into creating a new form of heartfelt, soulful Judaism filled with a love for all human beings.”

Carlebach, born in Germany from where his family fled following the Nazi invasion, immigrated to New York in March 1939 from Lithuania, just six months before the Nazis invaded that country. In 1945, the family moved to Manhattan so his father, Rabbi Naphtali Carlebach, could take over Congregation Kehilath Jacob on W. 79th Street. After his father’s passing, Carlebach assumed leadership of the synagogue, today known as “The Carlebach Shul.”

It was from his home base at The Carlebach Shul that Shlomo Carlebach set up the first known Hassidic outreach program, Taste and See God is Good (T.S.G.G.). According to Ophir, the organization was based on the idea that, as Carlebach said, “You cannot begin to talk to people about God unless you have first given them a taste of God is good.”

In 1968, Carlebach established the House of Love and Prayer in San Francisco, the first Jewish commune.

His empathetic approach toward the spiritual imports from the Far East was radical for an Orthodox rabbi,” said Ophir.

Everything Carlebach did was radical. He traveled to Germany in the 1960s to teach people whose parents had murdered scores of Jewish people that the time for peace and forgiveness had come, recalled Ben-Zion Solomon, whose home is next door to the late Carlebach’s in the central Israeli community of Moshav Mevo Modi’in, also known as the “Carlebach moshav.”

Carlebach was a scholar in his own right, studying at some of the most renowned American yeshivot. He later connected with the Lubavitch movement, whose leader at the time, Rabbi Yosef Yitzchak Schneersohn, encouraged him to go into outreach. This mandate was the start of what became his calling, serving as the rabbi of the hippie movement.

He had followers around the globe. Many young Jews returned to a Torah lifestyle as a result of their relationship with Carlebach.

His daughter Dari Carlebach said in a previous interview that her father was caught between two worlds—the religious/yeshiva world and the hippie world. She said her father had a huge desire “to love and heal the world,” and he did it with “such heart and grace and empathy.”

Shlomo Carlebach’s unbridled passion might account for why it has taken this long to begin to canonize his legacy. Solomon recounts the way that his rebbe could focus on whoever needed him at the time, that “whoever he was talking to, he became their best friend.”

Solomon and wife Dina met Carlebach in California. Carlebach encouraged Solomon to learn in Israel and eventually to make aliyah, and then handpicked his family to live on the Carlebach moshav.

Solomon recalled that when he arrived in Israel, he was told by the Orthodox-affiliated Diaspora Yeshiva that his wedding to Dina was not valid, as they did not have a ketubah, the Jewish marriage contract. He called Carlebach in a panic. The rabbi told him to get some wine and cake and meet him at the Shabbos House in Jerusalem at 1 a.m. 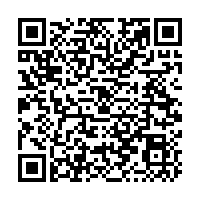