Once again the enemies of Israel gathered in boats and attempted to chart a course for peace by sailing to Gaza. This time Israel was prepared and the peace boaters were easily subdued.

Details of the flotilla and who was on board can be found here.

“I would like to commend the sailors and commanders of the Israel Navy for their determined and efficient action in detaining the passengers on the ship that tried to reach the Gaza coast in contravention of the law. This flotilla is nothing but a demonstration of hypocrisy and lies that is only assisting the Hamas terrorist organization and ignores all of the horrors in our region. Preventing entry by sea was done in accordance with international law and even received backing from a committee of the UN Secretary General.

Israel is the only democracy that defends itself in accordance with international law. We are not prepared to accept the entry of war materiel to the terrorist organizations in Gaza as has been done by sea in the past. Just last year we foiled an attempt to smuggle by sea hundreds of weapons that were destined for use in attacks against Israel’s citizens.

There is no siege on Gaza. Israel assists in transferring goods and humanitarian equipment to Gaza – approximately 800 trucks a day that have recently brought into Gaza more than 1.6 million tons of goods. Moreover, Israel assists in hundreds of humanitarian projects, through international organizations, including the building of clinics and hospitals.

Israel is a state that seeks peace and acts in accordance with international law so that the residents of Gaza might have safe lives and their children may grow up in peace and quiet.” 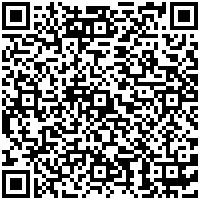