More than 16 thousand personal items belonging to the victims of Auschwitz-Birkenau, originally discovered in archaeological digs carried out in 1967 by the Communist government in the vicinity of the gas chamber and crematorium III, have now been delivered to the Auschwitz Memorial.

The objects are not only a remarkable testimony to the history of the camp and the extermination process, but also a moving personal testimony of the victims. In most cases, these are the last personal belongings of the Jews led to their death in the gas chambers upon selection at the ramp. They include thermometers, empty medicine bottles, fragments of shoes, jewelry, cutlery, watches, brushes, smoking pipes, lighters, fragments of kitchenware, buttons, pocketknives, and keys.


“In 1967, on the site of the former Birkenau camp, Lódz-born filmmaker Andrzej Brzozowski made a short documentary film titled ‘Archaeology,’ showing the process of the excavations near the ruins of the gas chamber and crematorium III,” Elżbieta Cajzer, head of the Museum collections related. “As a result of these works, which were shown in the video, a large number of original objects were found from the period of when the camp was still functioning. The register of the museum collections only shows a little more than 400 objects from these excavations. We were convinced, however, that there had to be much more. We launched an investigation that lasted several months, by verifying archival documentation.”

“Individually verified trails were broken; people who had been working then in the Museum were no longer there. Unfortunately, the film’s director has already died, the institutions which funded the film have changed, and the archives were silent,” said Auschwitz Museum director, Dr. Piotr M. A. Cywiński. “Nevertheless, we checked every lead. We could not be certain whether the results of the archaeological research had not been squandered or fragmented. After all, almost 50 years have passed; Polish institutions have undergone thorough changes after the fall of Communism. We took into account and were prepared for any eventuality.”

“We succeeded in making contact with the last living persons who participated in the project almost 50 years ago,” Elżbieta Cajzer said, adding, “It was, however, uncertain where the items found during the making of the film had been deposited. It turned out that they are stored in 48 cardboard boxes at one of the buildings of the Polish Academy of Sciences. Most of them have been packed the entire time in individually marked boxes, which is today very important for the process of documentation and verification of the objects’ authenticity, as they indicate the place of discovery or precise information about individual objects.”

“I had considered the discovery of such a huge collection in whole after nearly half a century as unlikely as finding the treasure of a lost Galleon,” Dr. Cywiński said. “I can only try to imagine why the lost objects were deposited in these boxes just after being dug up. The excavations were carried out in the summer of 1967, near the gas chambers and crematoria, presumably to be analyzed and studied, or perhaps someone even had the intention to write an extensive research paper on the subject. This is a unique collection in every way. A few months later in 1968, there was a political turnabout and the Communist authorities took a clearly anti-Semitic direction. Perhaps this is why they did not hurry with the implementation and closure of this project. The times then were difficult for Holocaust-related topics.” 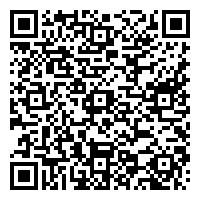