Since Monday evening, and throughout the day Tuesday, thousands have made the pilgrimage to the grave of the Ari z”l, where they say silent prayers. The police has launched a special operation that includes officers from the city of Tsfat, the Department of Traffic and Border Police forces, together with the Fire Department, and MDA.

As is often the case with such legendary figures, most of what we know about his teachings came to us through the works of his disciples, who preserved his oral legacy in their books.

The Lurianic Kabbalah describes a new, mystical view of the origins of Creation. It stresses the messianic culmination of the world as its central dynamic. The Ari z”l sees the different spiritual realms through their inner dimension of Divine exile and redemption; the cosmic role of each individual and the historical affairs of Israel; symbolism of sexuality in the supernal Divine manifestations; and the unconscious dynamics in the soul. 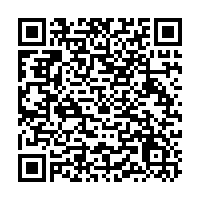