The bill also mandates that those released in a prisoner swap or other diplomatic deal cannot again be freed in any future arrangement.


Freeing such prisoners “harms the deterrence of the State of Israel in general and the IDF specifically and increases the will and courage of terrorists to continue to perpetrate terrorist attacks of every kind,” the proposal states.

The proposal was advanced a day after the arrest of the terrorists who murdered Malachi Rosenfeld. The 26-year-old resident of Kochav HaShachar was one of three young men who were shot in an attack by Palestinian Arab terrorists on the roads of Samaria three weeks ago. The three were on their way home from a basketball game when they were ambushed. Rosenfeld succumbed to his wounds a short time later.

The killers were freed in the October 2011 prisoner swap deal that saw more than a thousand Palestinian Arab terrorists released in exchange for IDF soldier Gilad Shalit, held hostage by Hamas in Gaza for five years. 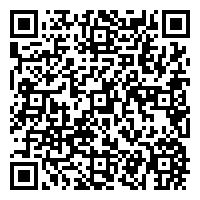