A military gag order has been lifted regarding Avraham (Avra) Mengisto (28) from Ashkelon, an Israeli civilian of Ethiopian descent, who is currently trapped in Gaza.

Mengisto crossed the border into Gaza on September 2014, from the Zikim beach.

An IDF surveillance video caught Mengisto approaching the fence from the Israeli side, while carrying a bag. By the time an IDF patrol reached his location he had already crossed over the border.

Israeli security sources suspect that Mengisto was originally being held by Hamas, but are no longer sure that is still the case.

Yesterday, Hamas hinted that they were holding 2 additional Israelis hostage, besides the stolen bodies of the 2 killed IDF soldiers, Hadar Goldin and Oron Shaul. But other sources say they let Mengisto go, and he may have continued on to the Sinai.

Arab sources have been claiming that Hamas is holding multiple Israeli civilians captive, but Hamas officials say they won’t release any information on any of the civilians they might be holding, including their names, without getting something in return from Israel.

After Mengisto crossed over, Israel approached the Red Cross, as well as officials within Gaza through European channels, explaining that an Israeli with psychological problems crossed over the fence, and to return him.

Israel announced this morning that another Israeli civilian, an Israeli-Bedouin from the town of Hura, is also being held by Gaza. He crossed over 3 months ago, along the border near Kibbutz Erez. All additional information regarding the second Israeli trapped in Gaza is censored.

In addition, Hamas said that until Israel releases the 80 Shalit-deal terrorists who were subsequently rearrested, there’s nothing to talk about about regarding releasing the hostages they’re currently holding. 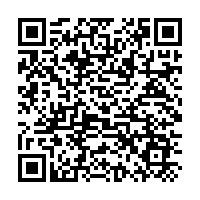