An Israel Defense Forces (IDF) reserves company has recently been designated to exclusively provide humanitarian care and medical assistance to Palestinian Authority Arabs.  The particular company is comprised of medics, nurses and doctors who are trained to provide quality medical care and are able to function like a civilian hospital staff thanks to advanced and equipment and training.

Captain (Res.) Dr. Yishai Lev, the deputy commander of the company explained that the idea for the unit came from IDF soldiers themselves. “The idea of adapting the unit actually came from our soldiers who recognized the need for it in the field,” explained Captain Dr. Lev.


“This medical care stems from our commitment to the Jewish and modern value of human rights,” said Captain Dr. Lev according to a report in the official IDF blog about the unit. The IDF captain further emphasized that when people are injured, attention is not placed on whether or not the person is Israeli, but on the importance of people’s common humanity.

“We felt that medical care was needed for the entire population in times of need. Now, we provide first class care in a variety of situations: during and after riots, operations and even natural disasters,” elaborated Captain Dr. Lev in the IDF blog.

The reservists have been training to improve their ability to provide prompt treatment during high-stress emergencies and providing aid after natural disasters. The medical reservists have also been trained to provide both physical and psychological attention in such situations. Furthermore, Arab patients are also offered an interpreter and if additional care is required, patients can be sent for further medical treatment in Israeli hospitals.

The IDF company also works with Palestinian Authority medical institutions in order to help setup and develop PA medical infrastructure. “When people are in need of care, we can’t afford to be indifferent,” commented Captain Dr. Lev.

“My soldiers leave their families, children and jobs behind not just because they are obligated to carry out their reserve duty, but because they deeply understand the importance of fulfilling their mission and are happy to do so,” he further pointed out.

It is not unusual that IDF paramedics, Magen David Adom team up with Palestinian Authority police and the Red Crescent to together save Arabs injured in traffic or work accidents or medical situations in Judea and Samaria.

An IDF doctor saved the life of a Palestinian Authority baby last April 2014, when a mother brought her choking one-month-old baby from the village of Beitin located northeast of Ramallah to a checkpoint. An IDF officer saw the situation and immediately called an IDF doctor who arrived on scene with his medical team and ambulance to save the baby’s life. “The division headquarters received many phone calls from the villagers of Beitin who expressed their gratitude,” said the IDF doctor at the time of the incident, Sec. Lt. Ben Tzanani. 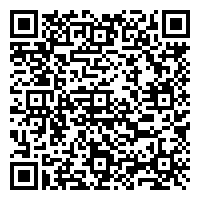