While Jerusalem has been visually primed for U.S. President Barack Obama’s visit—more than 1,000 American and Israeli flags dot major roads and streets along with signs and banners that read “Unbreakable Alliance”—Jerusalem hotels have also been gearing up for their guests.

Along with Obama, the fifth American president to visit Israel, approximately 500 foreign journalists are visiting Jerusalem to cover the presidential trip. The White House press corps will be staying at Jerusalem’s Inbal Hotel, while the President and his entourage will be housed nearby in the best, most expensive suite of the prestigious King David Hotel.

The management teams at both hotels are no strangers to foreign dignitaries and have long traditions of hosting world leaders, the Inbal hotel is facing a major assignment, hosting one of the biggest media operations in the history of Israel.

“The requirements were very different this time around,” Inbal’s General Manager Bruno H.P. De Schuyter told Tazpit News Agency. For the more than 200 foreign reporters staying at his hotel, the Inbal is providing a special media center on the premises.

“The Inbal was chosen by the White House because it’s the only hotel in Jerusalem that offers the logistics suitable for such a press center, as well as for its central location in the capital, and its views of the Old City as background,” explained De Schuyter. Several other Jerusalem hotels competed for the assignment of hosting the White House press corps and the rest of Obama’s press entourage.

In addition to providing the media infrastructure, dubbed the “nerve center,” the Inbal also had to contend with the food limitations that next week’s Passover holiday entails (no leavened bread, wheat and other grains). With the hotel kitchen already kosher for Passover, journalists who checked as early as Monday have been eating the holiday -approved food. “This is good!” remarked one correspondent to another, after taking a bite of the kosher-for-Passover sandwich.

“Our chef was extremely creative in designing the menu for the visiting guests,” commented De Schuyter.

At the King David, I was the last reporter on Tuesday morning to be given a tour before the hotel premises were sealed off to the public for the President’s arrival on Wednesday, March 20.

Illinois Senator Barack Obama stayed at the King David when he visited Israel in 2008, during his presidential campaign.

“We knew he would be back on this visit,” Yoni Forsyth, King David’s spokesperson told Tazpit News Agency.

“There’s never been a complaint from a world leader,” Forsyth continued. “We keep a guest book full of personal comments and compliments – Bono even wrote a poem when he stayed at the King David last year.”

New uniforms have been tailored for the staff, the red carpets have been cleaned and every inch of the hotel inspected.

Forsyth pointed to the balcony overlooking the King David garden, where Winston Churchill smoked one of his cigars. “The hotel is part of Israel’s history, Forsyth said. Then, pointing to a beautiful wooden table, he added: “The Jordanian peace agreement was signed here.”

“The staff is very familiar with hosting important political celebrities. Some of the employees taking care of President Obama have attended to Bill Clinton, Richard Nixon and Anwar Sadaat,” he elaborated.

Dror Danino, King David’s manager, said he was looking forward to greeting President Obama and ensuring his stay is pleasant. “The White House team has been great to work with—we know exactly what will happen at each moment during the President’s stay.”

“The next time we get some sleep, however, will be after the Passover Seder next week,” Danino quipped with a tired smile. 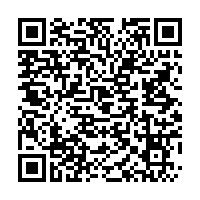