The two military leaders will meet, along with Defense Minister Moshe Ya’alon and other Israeli security officials, to discuss bilateral military cooperation and other common security challenges.


The trip will be Dempsey’s fifth visit to Israel since becoming chairman of the Joint Chiefs. Dempsey is scheduled to step down from that position on Oct. 1 and President Barack Obama has nominated Marine Corps commandant Gen. Joseph Dunford to replace him.

While U.S.-Israel ties have been strained politically under Obama, the nations’ strategic defense relationship under Dempsey has remained strong, with the U.S. providing funding for the highly successful Iron Dome missile defense system and discussions of an increase in American military aid to Israel underway.

Eizenkot, below, presented the IDF badge of appreciation to Dempsey. 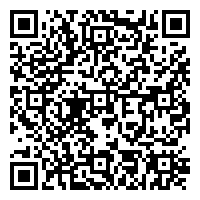